ENGLAND have won the R&A Boys’ Home Internationals for the fourth year running after defeating Ireland 8-7 in a nail-biting title decider at Ashburnham Golf Club.

For the second straight year, England triumphed at the expense of its Irish counterparts in a tense contest at the South Wales links course.

The match was almost a carbon copy of last year at Royal Dornoch. England won the deciding match by the identical score of 8-7 but, as with 12 months ago, it could have easily gone to the Irish.

The Irish took a two-point lead into the 10 afternoon singles after winning the foursomes 3½-1½ – and looked like winning the trophy for the first time since 2013.

The early projections in the afternoon were Ireland would go on to win 8-7.But England slowly turned the tables on a strong Ireland team with good victories in the first seven matches.

They won five of those matches to get in front and it was an edge they would never relinquish.

Stoke Park’s World No. 2 Conor Gough led his side in the first singles matches and the B.B.&O. teeanger gained a half against Tom McKibbin. 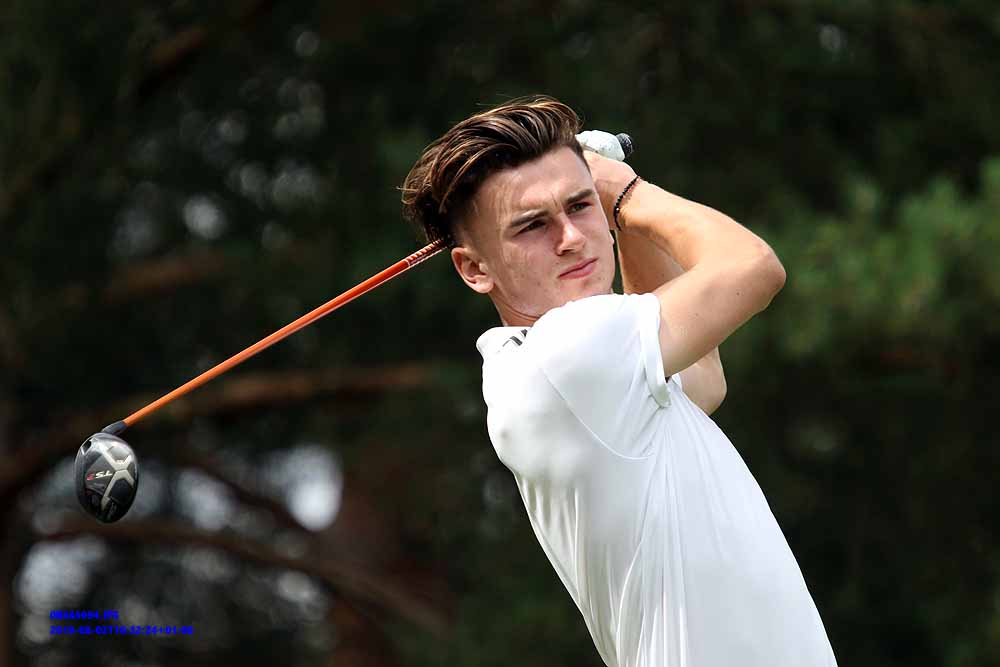 That result took the score to 4-2. USA-based Joe Pagdin and Peterborough Milton’s Robin Williams quickly evened the score at 4-4 with respective victories over Luke O’Neill and Aaron Marshal.

Ireland’s Joshua Hill hit back with a 5&4 victory over Hallamshire’s Barclay Brown to put Ireland ahead.

Hill deserves special mention as the reigning McGregor Trophy champion was the only player over the three days to win six points out of six.

England’s Max Hopkins, from Bishop’s Stortford, in Hertfordshire, wasn’t far behind, winning five and a half out of a possible six points.

Hill’s brilliant play couldn’t stop the English comeback though. The trio of Hopkins, Enrique Dimayuga, from Walton Heath, and Ipswich’s Habebul Islam put three further points on the board

That took their side to seven points and within reach of a fourth straight title win.

Islam’s match proved key to England’s success. He held a one-hole lead against Simon Walker playing the last and looked like he might lose the hole when he hit his second shot close to the out-of-bounds line on the left. 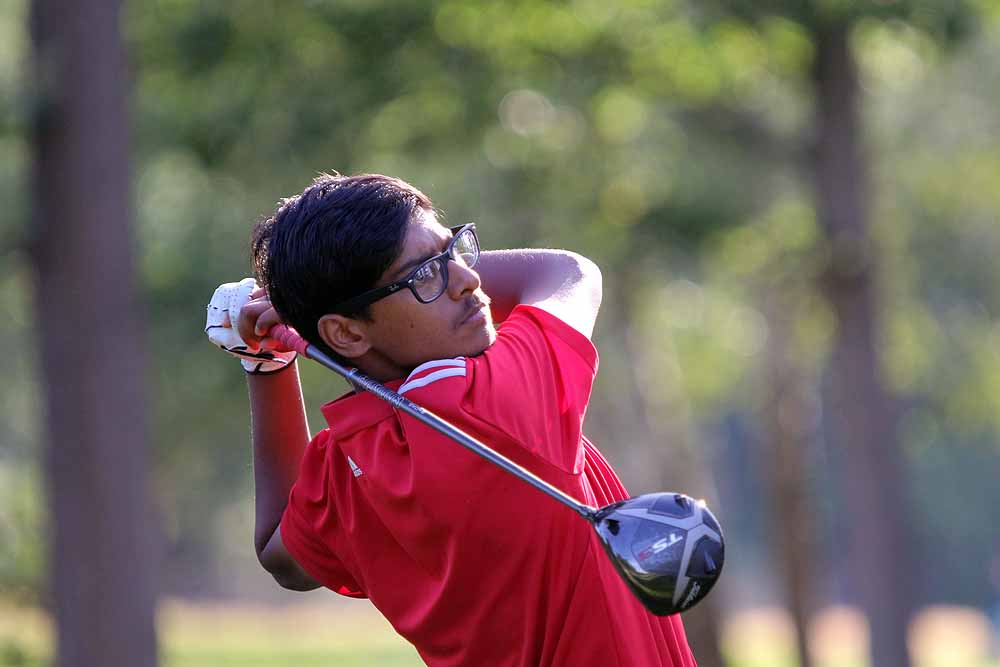 Suffolk’s Habebul Islam made a superb up-and-down on the last to beat ireland’s Simon Walker to set up the deciding match in England’s favour at Ashburnham GC. Picture by ANDREW GRIFFIN / AMG PICTURES

He then made the up and down of his young life, pitching the ball from 80 yards to four feet and holing the subsequent putt for par after Walker had missed his 20-foot birdie putt.

Cue delight from the English players watching Islam playing the 18th. That point set up Callum Macfie to deliver the coup de grace.

The Lindrick teenager duly did so by birdieing the 17th hole to defeat Max Kennedy 2&1 and ensure England retained the trophy for yet another year.

England captain Stephen Burnett said: “Even though we lost the foursomes this morning, I just felt that we could get six points out of the singles and that would do the job.

“We’ve got a very strong team and I knew they might just be stronger over the closing nine holes when the conditions got a little tougher.

“The wind picked up and the back nine played harder and the boys showed their talent by turning matches around that Ireland could’ve won.

“We got a lot of good performances. I thought Conor’s half point in the first match was important to get us off to a good start.

“Habebul’s par at the 18th when he got up and down from 80 yards was crucial because it set up Callum to take us over the line, which he did.

“I’m over the moon,” Burnett added.

His Irish counterpart Alasdair Gibson was proud of his players despite coming up short for teh second year in a row.

Gibson said: “For the second year in a row we’ve just came up short. That’s golf. The first nine holes of the singles we were looking okay and it just turned around a bit.

“We were always struggling in matches there on the back nine. We did very well this morning in the foursomes. The boys played very well.

“The golf this afternoon was very good. There were a lot of birdies out there and at the end of the day they got more than we did.

“It was good effort but we just came up short. There’s no shame in losing to a strong team like England.”

Scotland and Wales finally got some joy in the foursomes after difficult results in the first two days.

They split the session 2½-2½ to set up an intriguing singles contest in the match for third place. Scotland won the session 6½-3½ to beat the Welsh 9-6 to finish third.

For full match results over the three days click here.

COVER IMAGE: England after winning the R&A Boys’ Home Internationals four a fourth year in a row by defeating Ireland at Ashburnham GC, on Thursday. Picture by THE R&A / GETTY IMAGES