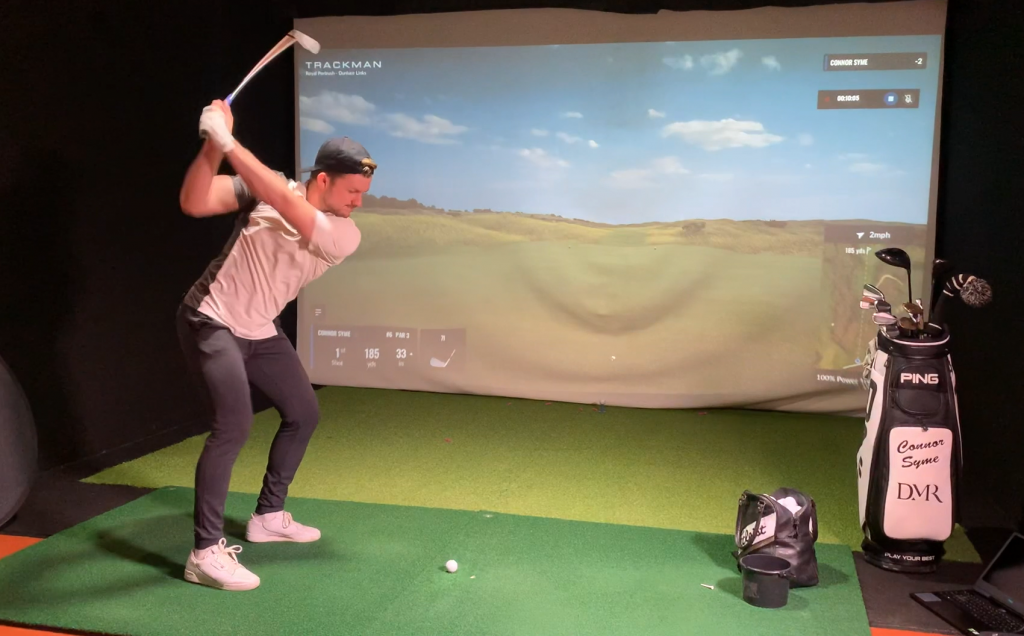 Dundee’s Connor Syme claimed victory in the second leg of the BMW Indoor Invitational wiht an eight-under par round of 64 using a TrackMan simulator of Royal Portrush, on Saturday.

CONNOR Syme shot an eight-under par round of 64 to secure a two-shot victory to claim the second of the BMW Indoor Invitational played over simulators featuring Royal Portrush’s Dunluce Links.

The Scot finished top of a leaderboard featuring 28 European Tour players in the second of five events in the new series of virtual golf tournaments – powered by TrackMan – using the latest simulator technology.

Following his victory at the Northern Irish venue, which hosted the 148th Open Championship in 2019, Syme claimed the first prize of €10,000 towards a charity of his choice.

The 24-year-old opted to split the winner’s cheque between two charities – FoodTrain, which supplies meals to the elderly in Dundee,, and Hospice of the Valleys, a charity close to Syme’s heart which provides palliative care.

Syme and the rest of the field – including the winner of last week’s inaugural BMW Indoor Invitational Joost Luiten – competed virtually over the historic links layout from their own homes in the one round, 18-hole strokeplay event.

CONNOR SYME got off to a flying start, birdieing the first two holes and picking up two more shots on the sixth and seventh, before his first bogey of the day on the eighth hole.

His round really picked up pace after the turn in an impressive five-hole stretch with an eagle on the 12th – bookended by two birdies either side.

Despite a second bogey on the 15th hole, it was enough to secure a two-shot win over Dutchman Will Besseling and Somerset’s Lawrie Canter, following their six-under rounds of 66.

“Seeing the scores from last week I wasn’t really sure how I would fare,” said Syme. “But it was great to get a good score around Royal Portrush.

“I played solid on the front nine and then I just went crazy for a few holes 10 through 14 – that was a cool run to go on.

“It was my first time competing in something like this on TrackMan, so I really had no idea what a good score would be. But I was very happy with the numbers.

“I’ve actually been following a program with Spencer Henderson, the Scotland U18 national coach.

“He’s been keeping us busy on TrackMan, so I probably owe a lot of this win to him. I don’t know how sharp I would have been otherwise.” 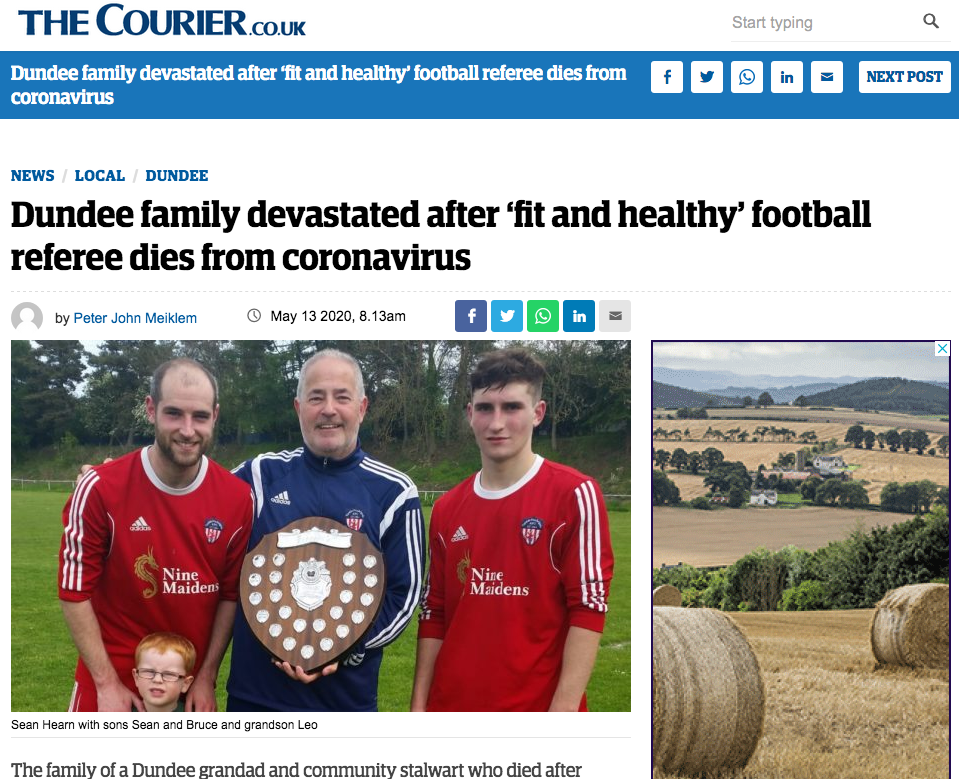 Connor Syme read about Stuart Hearn and decided to hand half of his $10,000 prize from the BMW Indoor Invitational to the Food Train charity where the football ref volunteered

THE new champion was pleased to be able to make a difference to two causes that are close to him for different reasons.

“Having an opportunity to make a difference with what is going on in the world is great,” said Syme.

“I’m honoured to have won and have the opportunity to hopefully change a few peoples lives.

“Half of my donation will be made to Food Train in memory of Sean Hearn, who I read about this week.

“He was a really valued member of the community in Dundee, a proud charity worker and a community football coach and referee, who gave up his time for others in the town where I live.

“Food Train is the charity he worked with and it distributes food and gives support to elderly people in the city.

“Stories like Sean’s and so many others are reminders of the people who are constantly putting themselves out there, and how many incredible people we have lost during this crisis.

“The remaining $5,000 will go to Hospice of the Valleys. A bit further away from home, but very much close to our hearts.

“My girlfriend’s grandfather unfortunately passed away a couple of days ago after a two-year battle with bowel cancer.

“Hospice of the Valleys have been with him every step of the way and $5,000 would mean a lot to them as it could offer more than a month of service towards someone like my girlfriend’s grandad – an incredible cause.”

SPAIN’S Adri Arnaus finished in fourth place at Royal Portrush behind Syme, Besseling and Canter with a four-under par round of 68.

Germany’s two-time Major winner Martin Kaymer finished in a tie for 13th place after an even-par 72.

Fans were able to follow the tournament with footage shown on the European Tour’s social media channels and also streamed on the internet.

Each of the five tournament winners in the BMW Indoor Invitational will receive $10,000 towards a good cause of their choice.