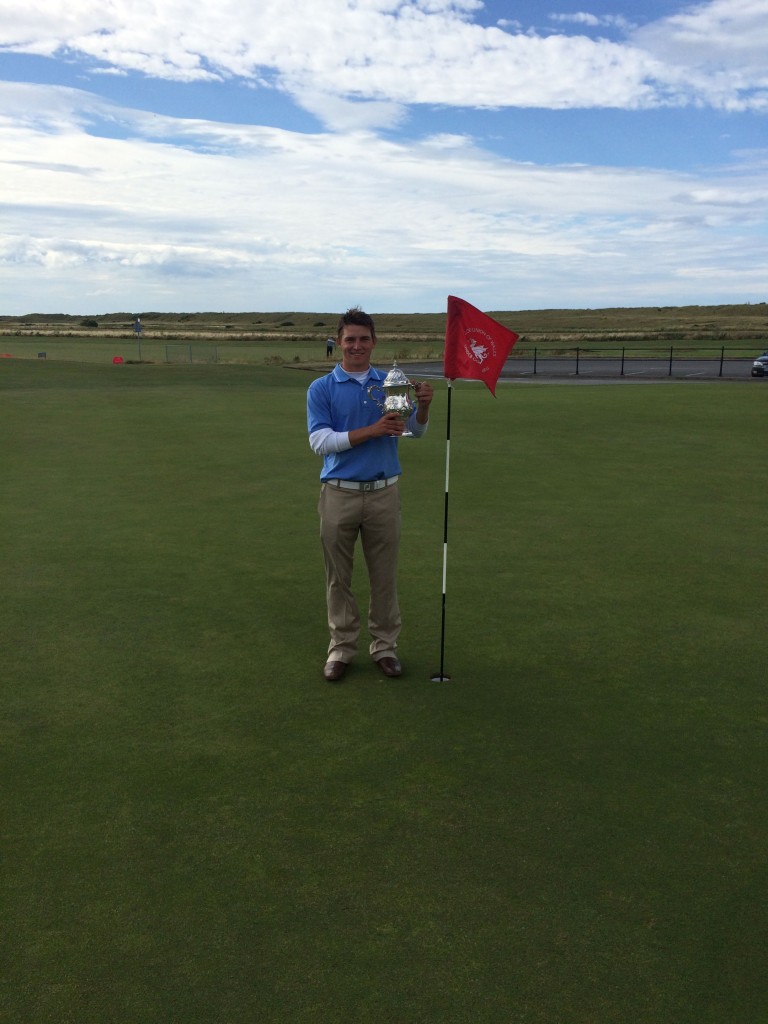 Boote steps up to Welsh title

Walton Heath’s Boote went into the final as the firm favourite, given his greater international experience as well as studying at Tiger Woods’ old university Stanford, and went on to clinch a 4 and 3 victory over the Prestatyn links course to boost his Walker Cup selection hopes.

Boote had managed to get through a tough semi-final tie, beating Wrexham’s Thomas Williams on the 19th hole, while Lewis beat Celtic Manor’s Theo Baker 3 and 2.

“It was special to get this win, it is the biggest of my career so far,” said Boote after his victory. “We both played well in the final, but I improved a bit in the afternoon and that was key.

“I felt under a bit of pressure going into the final, Elis had done so well to get there, but you just have to treat it like any other match. I felt if I could play my own game then I had a chance.

“I have worked really hard over the last two years and that was definitely key from the start of the week, I have learned so much in college studying in Stanford and I felt this win had been coming for a while.

“It was a great week with the course in fantastic condition, this was right up there for me. I have been playing in the Wales men’s internationals for the last five years now, so I have been climbing up the rankings.

“Elis did well to get all the way to final aged 16. He played really well and there was no sign of nerves – he is going to be a really good player and I look forward to playing with him for Wales.”

Boote is studying in America at Stanford University, where Tiger Woods made such an impression before turning professional.

“There are a lot of pictures of Tiger in his Stanford days all over the university, it is pretty cool to be there,” admitted Boote.

“One player broke his scoring record last year and then another has improved on it this year again, it is nice to be in the team with players like that – I am learning a lot.”

Boote is off to the European Amateur individual stroke play next, so this victory will boost his hopes of emulating fellow Wales international Rhys Pugh who is a recent winner of that high-profile event.

“Congratulations to David and Elis for playing so well through the week and for a really good final,” said Ashton Bradbury of the Golf Union of Wales.

“The Prestatyn course was in great condition and the new format, including the stroke play stages to start, was certainly a success.”