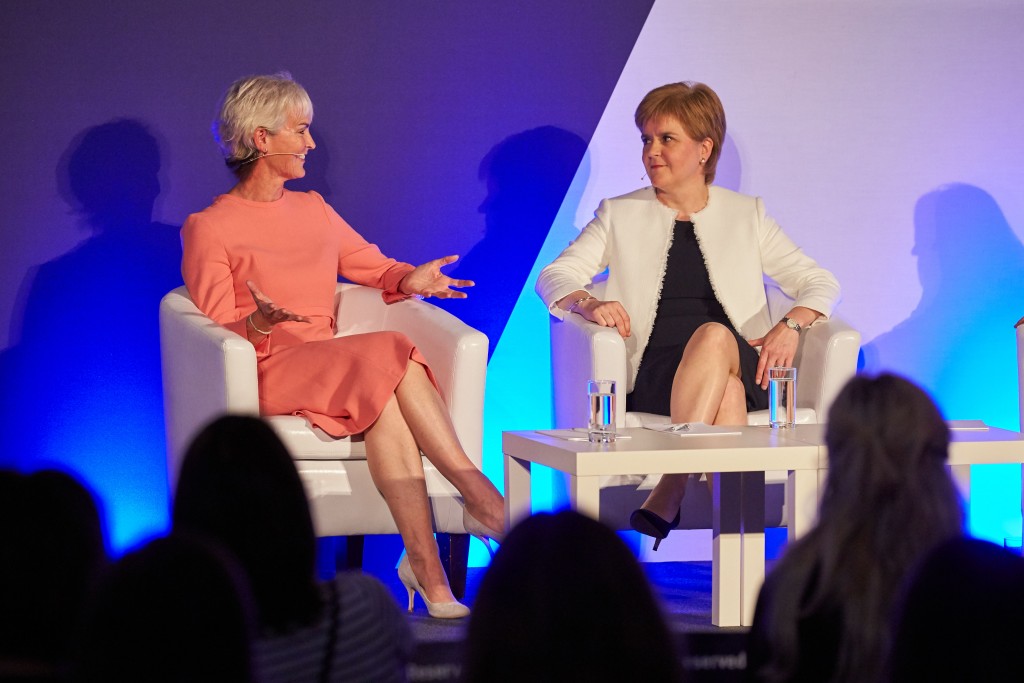 Judy Murray and Nicola Sturgeon – at the 2018 ASI Gender Summit

Nicola Sturgeon, First Minister of Scotland, today welcomed the announcement that Aberdeen Standard Investments will host its 5th annual Diversity Summit during the week of The 2019 Solheim Cup. The biennial women’s golf tournament, which this year is funded by the Scottish Government, is contested by teams representing US and Europe, and will take place at Gleneagles in Scotland, from 9th to 15th September. The Solheim Cup promises to provide a unique and inspiring backdrop for the global investment company’s annual Diversity Event.

The announcement was made at a reception in New York to promote the event as part of the annual Scotland Week celebrations where messages of support from US Captain Juli Inkster and European Captain Catriona Matthew were played to a hosted audience alongside a display of the Solheim Cup trophy itself.

Aberdeen Standard Investments is the title sponsor of both the Men’s and Ladies Scottish Opens and this association with The 2019 Solheim Cup further demonstrates their commitment to equality. The partnership provides the unique opportunity during the week of The 2019 Solheim for the Company to hold its annual Diversity Summit at Gleneagles which, in previous years, has attracted high profile speakers from the worlds of politics, business and sport.

Lynne Connolly, Global Head of Diversity and Inclusion at Aberdeen Standard Investments, said: “We are delighted to play our part in one of the world’s biggest sporting events. The themes of equality, innovation and experience are extremely important to the culture of Aberdeen Standard Investments and will be at the heart of the Solheim Cup. It is therefore a natural fit for us to host our Diversity Summit, a forum we are committed to and one that continues to go from strength to strength.”

Nicola Sturgeon, First Minister of Scotland said: “We are delighted at the incredible support we have received to host The 2019 Solheim Cup. I’m particularly pleased that Aberdeen Standard Investments has come on board to host their annual Diversity Summit during The Solheim Cup week.  They share Scotland’s commitment to raising the international profile of women’s golf and addressing the inequalities that continue to exist across society.”

Catriona Matthew, European Solheim Cup Captain said: “As a long standing Aberdeen Standard Investments ambassador I’m delighted they have chosen to host their annual Diversity Summit during the tournament week. Over the past 4 years the event has grown and evolved, with a range of inspirational speakers exploring how we tackle the inequalities that exist across society. As Captain of the European Team, but also as a professional female athlete, I have the utmost respect for ASI’s unwavering support of the women’s game.”